Asghar Farhadi receives the Oscar for “A Separation”

The culture minister of the country presents the order to a person who has made significant contributions to the arts, literature, or the dissemination of these fields.
Farhadi made his latest film “The Past” in France. The French-language drama brought its star Bérénice Bejo the Palme d’Or for Best Actress at the Cannes Film Festival in 2013.

He received the first EU MEDIA prize for “The Past” in 2012 when the film was in its preproduction stage.

Tahmineh Milani is an Iranian film director, screenwriter, and producer.

Milani was born 1960 in Tabriz, Iran. After graduating in architecture from the University of Science and Technology in Tehran in 1986, she apprenticed as a script girl and an assistant director following a screen workshop in 1979. She started her career as a movie director with Children of Divorce in 1989.

Among her most notable films are Children of Divorce, Two women, The Hidden Half, The Fifth Reaction, The Unwanted Woman and Cease Fire.

A couple of weeks ago I was in London with a great Persian singer and multi-instrumentalist called Hamed Nikpay to play a show and do a live in-studio recording for the BBC Persia channel. The show was at Cadogan Hall in Chelsea, and the recording session was at one of London’s famous rehearsal and recording studios, Premises Studios and was for the BBC’s Persian channel.

I had never played with Hamed before (or with any Persian musicians – except for a few rehearsals and a little warm-up gig we did in L.A. before we left), but he always has a flamenco guitarist with him (usually my good friend Alfredo Cáceres, who couldn’t make these dates), as he likes the vibe that gives. I don’t know much about Persian music, but apparently this is fusion and that’s the sound he likes, and it certainly sounds right. The musical director was sax player Farzin Farhadi, the percussionist was Greg Ellis ,

and the bass player was Eric Klerks, who besides being a great bass player is the one of the guitarists with the Magic Band. There were also two dancers – Paris-based Persian dancer Sharokh Moshkin Ghalam and Paris-based flamenco dancer Karen Gonzales.

You can see some of the great photos shot for the BBC at Cadogan Hall here, and you can see some of my not-so-amazing photos of the trip in the gallery below. Here’s a video that has some interviews with the guys in Farsi and some good footage of the show.

Spanish cartoonist David Vela Cervera won the Golden Tooba (Tree of Heaven) in the cartoon section at the 6th Fajr International Festival of Visual Arts, the organizers announced during the closing ceremony on Sunday.

David Vela Cervera was born in 1967 in Zaragoza, Spain. He graduated at the University of Zaragoza, with the degree of Doctor in Spanish Philology. He has won various international awards.

The Statues of Tehran, a documentary by director Bahman Kiarostami, will be showing at Roxie Theatre in San Francisco on Tuesday, February 25.

The Statues of Tehran – Iran, 2008, 60 min, Persian with English subtitles 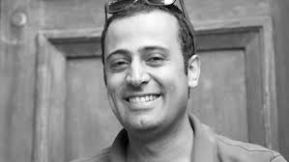 In 1996 he made his first film ” Morteza Momayez: Father of Iranian Contemporary Graphic Design”.

The main theme in Bahman Kiarostami’s films is “art and music”.

Rick takes us beyond Europe to Iran, a place that’s rich with history…and mystery. Visiting Tehran, Shiraz, Persepolis, and a small village, we’ll get a rare present-day look at some of civilization’s most important historical sites, and a sense of Iran’s 21st-century culture. From architecture and art to faith and everyday living, “Rick Steves’ Iran” offers a rare, candid, and humanizing look at a powerful and perplexing nation.